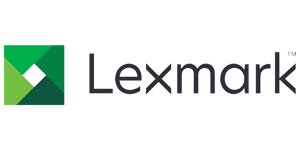 Since its inception, Lexmark has continued to push the envelope in new, innovative ideas. They were the first company to offer high quality printers for under $100, the first company to promote 4800 x 1200 dpi resolutions, and the first to produce a standalone photo printer. Lexmark also put a lot of confidence into the belief that most of its long-term revenues would come from the sale and resale of their brand name Optra toner and other printer toner cartridges. They were right and the demand for Lexmark toner cartridges increased significantly in a very short period of time. They met these demands by increasing their Lexmark toner cartridge production facilities around the world, allowing them to continue to produce toner cartridges at a highly affordable price.

Today, Lexmark is a world leader in the production of economical laser printers and toners in over 150 countries. This is due to the fact that Lexmark invests millions of dollars every year into the research and development of all of their printers and toners. Built upon the company's founding beliefs that consumers should be provided superior products that work without fail to produce a high quality result at an affordable price, Lexmark continues to make sure that its roots and core values are never forgotten.

Offering a wide variety of high quality laser printers, all-in-one printers, multifunction machines, toners, and other accessories to both home and business users has made Lexmark the successful company it is today. They've won numerous awards for print quality, performance, and affordability and they continue to move up and onward into the top tier of the highly competitive printer market.

Originally a part of IBM, Lexmark was separated out from the computer giant in 1991 to focus mainly on producing information products. The newly formed offshoot company started with over $1 billion in bank loan debts. However, the one thing that gave Lexmark the edge was its new chief executive officer, Marvin Mann, one of IBM's longtime vice presidents. Being well schooled in most of IBM's successes and failures, Mann took the helm and immediately developed a production plan that would help keep Lexmark's overhead costs low. With an aggressive, innovative, sales oriented, employee-centered business plan, Lexmark quickly developed into a strong competitor within the laser printer and laser toner world. By 1994, the company had significantly improved manufacturing times, reduced production costs, and expanded manufacturing plants around the globe in order to produce a line of highly affordable color laser printers. Impressed by Lexmark's aggressive business style and quality products, Microsoft chose to partner with them, giving the company a huge boost in overall sales. In 1995, Lexmark introduced the revolutionary MarkVision printer management system giving businesses greater control and remote access to their networked printers. By 1996, the company was out of debt, had gone public, and was turning a huge profit.