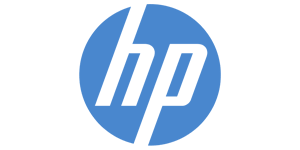 The most advanced laser printers today belong to the HP family of printers. HP printers are available as single-function laser or all-in-one (AIO) unit and both types use high quality HP toner cartridges. Single-function printers have print speeds anywhere from 10 ppm to 62 ppm and AIO models from 8 ppm to 45 ppm. HP LaserJet toner cartridges will produce laser quality prints of up to 30,000 pages, putting other producers of printer toners to shame. The AIO HP models are able to perform four primary functions: printing, copying, scanning, and faxing in one compact device. These models feature automatic document feeders, high volume print speeds, and advanced paper handling up to 1,100-sheet inputs and 500 sheet outputs. The printer/copiers use high quality HP toner cartridges which produce copies that look as good as the originals with up to 1200 x 1200 dpi output.

HP started in 1939 when two Stanford University students got together in a Palo Alto, California garage and began building audio oscillators. These devices were used to test sound equipment and were the first products produced by Bill Hewlett and Dave Packard, founders of the Hewlett-Packard Development Company (HP). These enterprising engineering students sold their oscillators to a Walt Disney Studios sound engineer to be used in the development of an innovative new animated feature, Fantasia. Over the next seven decades, HP invented and developed many of the technological devices that advanced the computer age; including the very first portable computer, the first handheld calculator, the ThinkJet thermal printer, the first commercial all-in-one printing device, and the Apple iPod. HP is truly known as a leader and innovator in the computer and printing industry

As a company, Hewlett-Packard started out as a leader in technology and continues to make technological advancements that push the envelope in computers, printers, HP toner and accessories. HP offers a wide range of products for both the personal home user and the commercial business user with quality, reliability, and environmental consciousness in mind.