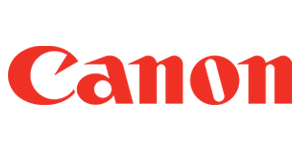 Today, Canon is a world leader with their Laser Beam Printer technology which has redefined industry printing and toner cartridge standards. These network printers and toners are targeted at the corporate market for high-level production output and superior finishing options. For instance, Canon's imageRUNNER mid-production black-and-white commercial models can print anywhere from 80 to 150 pages per minute and offer a full range of document handling options, such as hole punching, tab feeding, high capacity stacking, and in-line perfect or saddle-stitched bookbinding. ImageRUNNER toner cartridges are also extremely high yielding, capable of printing up to 80,000 copies per bottle. For those looking to produce smaller print jobs, Canon's imageCLASS models can help your small business thrive and the imageCLASS toner cartridges are affordable and easy to replace.

Canon has always been a leader and trendsetter in the world of business machine production, but they have also led the way in environmental consciousness as well. The Canon ink and toner cartridge recycling program was implemented in 1990 and was the first printer company in the world to do so. All Canon toner cartridges are 100% recovered and create zero landfill waste. This environmentally friendly approach is a cornerstone to the Canon philosophy and they continue to set the highest standards in printer toner and recycling technologies.

In the early 1930s the camera capital of the world was Germany and there were no real competitors on the horizon until a young Japanese motion picture camera and projector repairman got to tinkering with a 35mm focal-plane-shutter camera. Finding nothing more than brass, aluminum, iron, and rubber inside, Goro Yoshida was angry that such inexpensive materials put together could cost so much. So, Yoshida teamed up with his brother-in-law and a friend to open the Precision Optical Instruments Laboratory in Tokyo in order to develop an affordable 35mm rangefinder camera. By 1934, the company produced its first prototype, the Kwanon (named after the Buddhist goddess of mercy) camera and in 1935 Japan's first 35mm focal-plane-shutter camera was born, the Hanza Canon. From that point on, the Canon name was officially assumed and the company strived to produce the world's best cameras. By the 1960s, Canon entered the office equipment market by producing the world's first 10-key electronic calculator. Over the decades it continued to introduce the world to new, never-before-seen products, such as the all-in-one personal copy machine, the laser printer, and the bubble jet ink printer, like the Canon MP560 ink printer.

Due to the curiosity of just one man, a world of innovation and new technologies were born. From cameras to calculators to printers, Canon has revolutionized and made affordable, high quality camera and business machine products for nearly a century. While the focus started out on producing just one simple camera, the company still manages to succeed with that same philosophy of ingenuity and excellence in all of its products today.